I write about US and UK theater and my travels to and fro.

Just to keep a ranking of the K-dramas I have blogged about.
Mildly Bitter's Musings Link to Story

James Comey and the Predator in Chief

As I listened to James B. Comey, the former F.B.I. director, tell the Senate Intelligence Committee about his personal meetings and phone calls with President Trump, I was reminded of something: the experience of a woman being harassed by her powerful, predatory boss. There was precisely that sinister air of coercion, of an employee helpless to avoid unsavory contact with an employer who is trying to grab what he wants.
The New York Times Link to Story

Alice Childress’ sly, biting satire on race in theatre that has lost none of its punch since 1955.
The Stage Link to Story

A climate change opera with a sly libretto is undone by a casually messy staging in an undersized venue. Nicole Serratore reviews. From a balcony above, we are looking down on the sand. Bodies of varying ages, sizes, genders, and ethnicities are soaking up the sunshine on this crowded beach where people apologize when their badminton shuttlecock falls on an unsuspecting stranger or an errant beach ball goes astray.
Exeunt NYC Link to Story

Review: Merry Wives at the Delacorte

Madam Nkechi Ford and Madam Ekua Page, the leading ladies of Merry Wives, an adaption of Shakespeare’s The Merry Wives of Windsor by Jocelyn Bioh, make for delightful companions for a joyous evening as we slowly return to large scale live theater in New York City. However, the show is entirely dependent on “the wives” for its energy and the comedy and joie de vivre start to fizzle when they are not on stage.
Exeunt NYC Link to Story

The new show by Mabou Mines, the renowned New York-based experimental theatre company, takes the form of a cryptic Zoom-inquisition. It is meant to explore systemic oppression, but this gets buried in the play’s linguistic density.
The Stage Link to Story

Review: Romantic Songs of the Patriarchy at the Guggenheim Museum

It feels counterintuitive to have found a sense of rejuvenation and freedom in a show about the oppressive nature of the patriarchy, but a pandemic will do that to you. My first live performance in 15 months was Ragnar Kjartansson’s blistering and yet cathartic Romantic Songs of the Patriarchy at the Guggenheim Museum.
Exeunt NYC Link to Story

As I start on the walking tour/audio installation Current in Zuccotti Park, a delivery bike races past me with a lit-up front tire that digitally flashes repeatedly “NYC is back.”. New York City did not cease to exist, but it has been changed. This is, in a way, exactly the point of New York and something Current is concerned with exploring.
Exeunt NYC Link to Story

I once briefly appeared on an episode of The Real World. But I have almost no relationship with reality television otherwise. This put me at a slight disadvantage to review Fake Friends’ This American Wife which takes as its primary text for exploration and interrogation, The Real Housewives franchise.
Exeunt NYC Link to Story

It’s Day 422 of Kristina Wong’s Auntie Sewing Squad. Or it was the day I watched this streaming performance via New York Theatre Workshop called Kristina Wong, Sweatshop Overlord. In March 2020, Wong, a performance artist with her touring work cancelled, started to create PPE for health care workers and firefighters across the US.
Exeunt NYC Link to Story

Review: All the Different Ways That Commodore Matthew Perry Could Have Died

I do love long, explanatory play titles. Julia Izumi’s play, in its entirety, is called All the Different Ways That Commodore Matthew Perry Could Have Died Before Opening Japan But Didn’t. There’s something about a title taking up more space than we are used to that feels bold and gutsy. And this show may be small but it is mighty like it’s verbose title.
Exeunt NYC Link to Story
View More Stories

She is the former Managing Editor and the current Board President of non-profit Exeunt NYC Inc., a longform theater criticism website. She is a current member of the American Theatre Critics Association, the Drama Desk, and the Outer Critics Circle.

She was a co-host and co-producer of the Maxamoo theater podcast. She was a Fellow at the Eugene O'Neill Theater Center's National Critics Institute in 2015.

She has written about travel and world adventures for Shermans Travel and Frommers.com.

She has a B.F.A. in Film and Television from New York University's Tisch School of the Arts. She has a J.D. from Fordham University. She is a former film executive and producer. She once had a prize-winning cow. 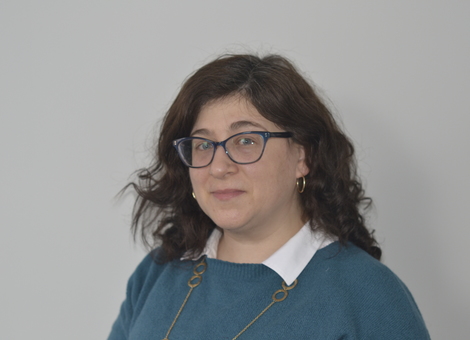